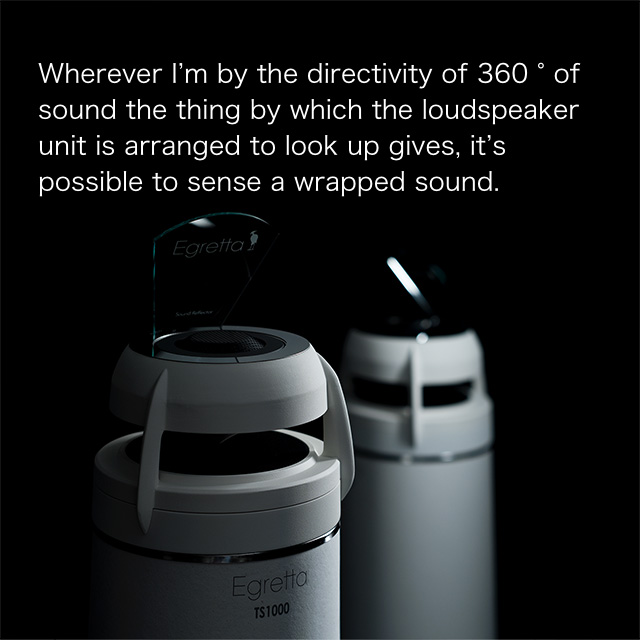 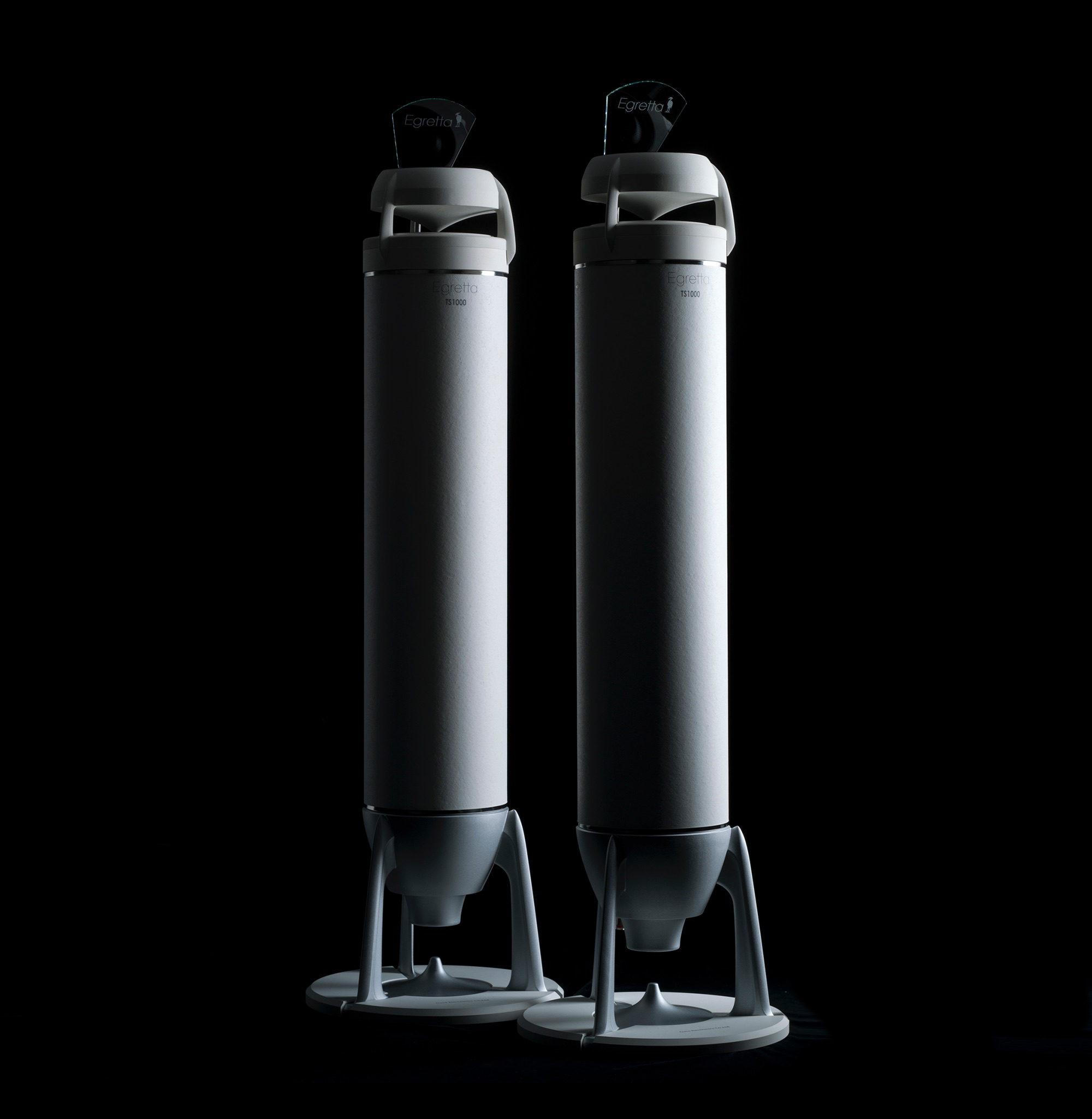 The super live sense I make addition of a center loudspeaker unnecessary for which is achieved.

Wherever I’m by the directivity of 360 ° of sound the thing by which the loudspeaker unit is arranged to look up gives, it’s possible to sense a wrapped sound. The musical instrument which will depend on central vocal by hearing of plane characteristic wave and be played later clearly to the center, each part-time can also sense its location clearly with natural depth feel to front, back, left and right. Lack of acoustic pressure of sound image in the center part pointed out in the past by 2 channels of stereo revival is also canceled and the super live sense I make addition of a center loudspeaker unnecessary for which is achieved. 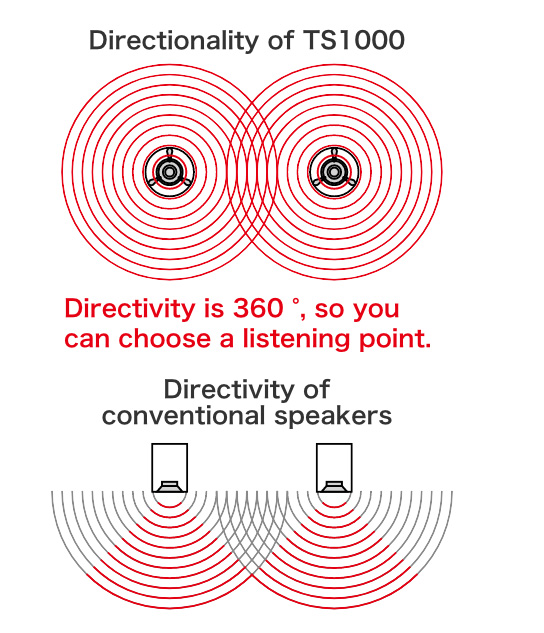 The sound image is clear with natural depth feel, fixed, it’s done. Acoustic pressure of a center is also reproduced without a stress, and panoramic presence can be experienced. The musical revival space which is to make them hear plane characteristic wave and is more natural is produced. 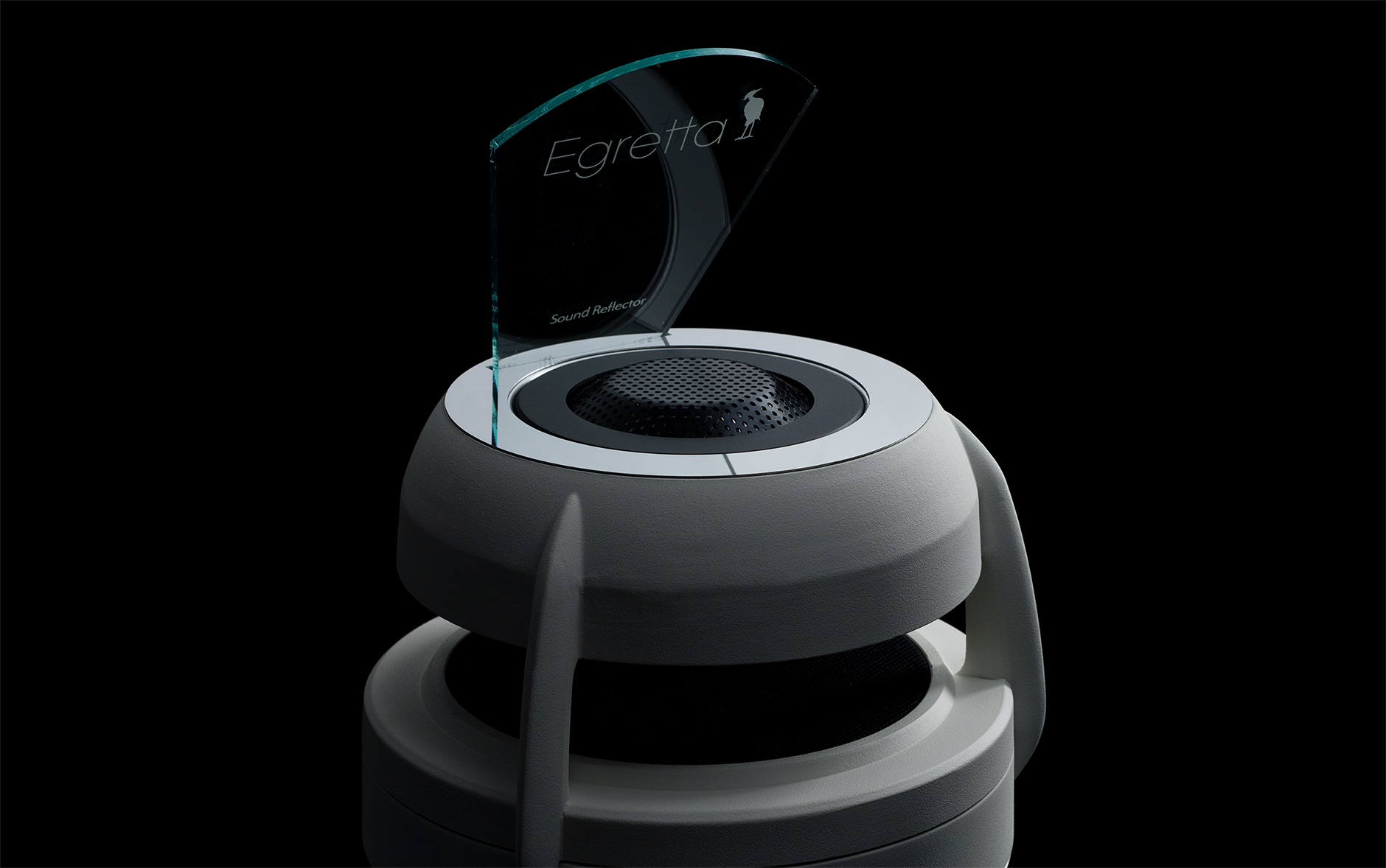 The shape that I make them hear plane characteristic wave efficiently
The shape of the corn paper is caused by vibration of the tone from the corn type loudspeaker, and phase characteristic tends to be disordered by a played frequency band. As a result, large/clear sound image localization by R stereo revival is affected.
It’s necessary to change vibration of sound for the shape as the plane wave to avoid a difference in these phases. I’m successful to use the nature to which I say “by acoustic property in horizontal direction of the corn type loudspeaker, relatively, near plane wave” and the effect to which I say “The phase is arranged by the thing which makes a sound wave reflective once.” well by TS1000, reach and play a sound wave near a plane wave in space. 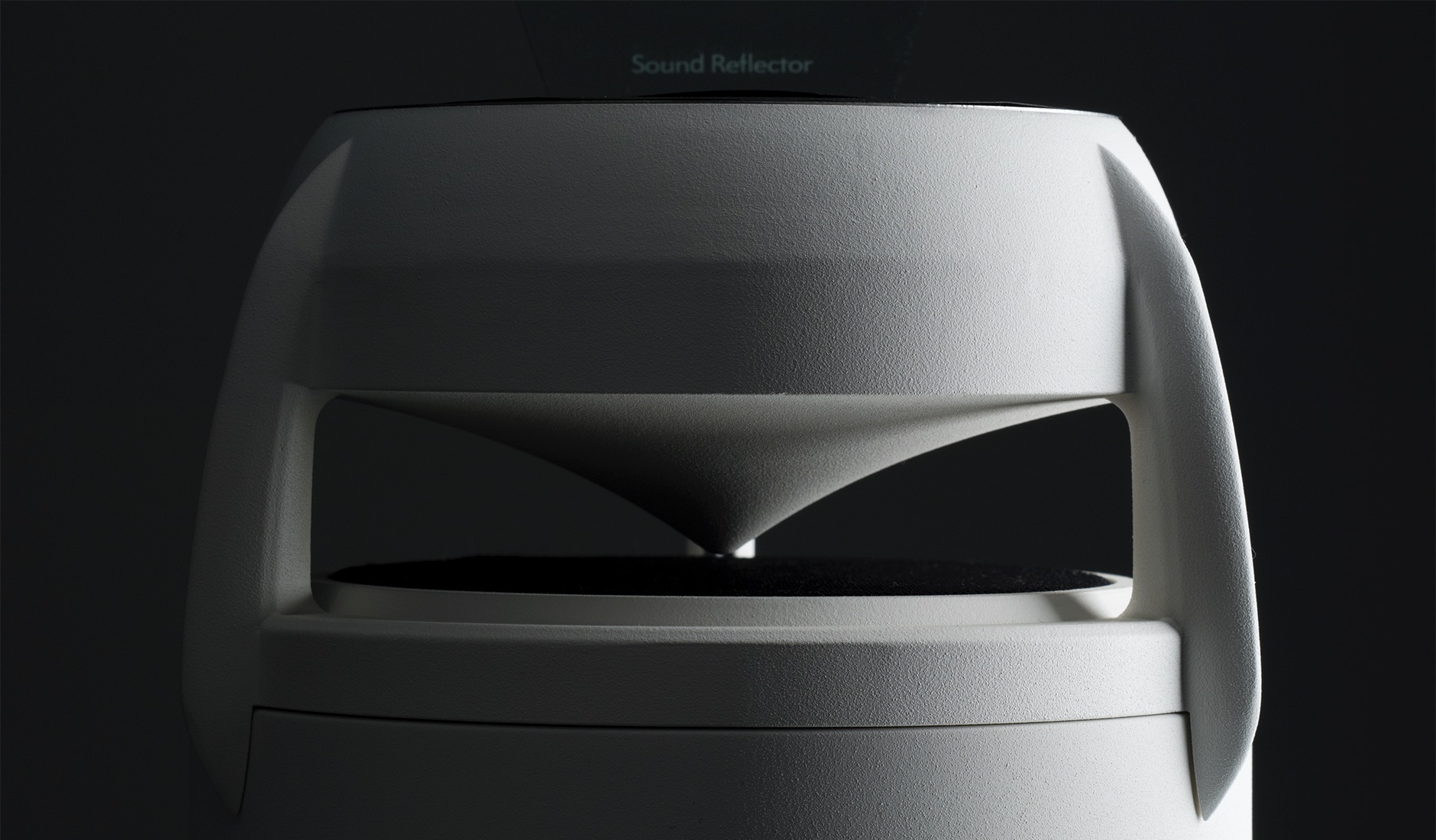 The sound quality expression which has no stresses
in a diapason

The piston movement which is at the time of low frequency revival is shown by adoption of a cylindrical enclosure without a stress, and a pleasant low voice beyond a specification of the loudspeaker unit is played. A musical instrument with the feature (Pianos are also included.) will be the good sound of” getting away with the early rising response, and is reproduced by a percussion instrument and an attack in space. To get a energy space balance by high pass sound, the construction of the loudspeaker unit is made 2-Way composition, and when fixing a listening point and doing listening to music, an effective tweeter exclusive reflector is being also prepared. A balance adjustment with mezzo-soprano is being performed by furnishing a duct pipe in the cylinder and doing tuning by aerial braking. 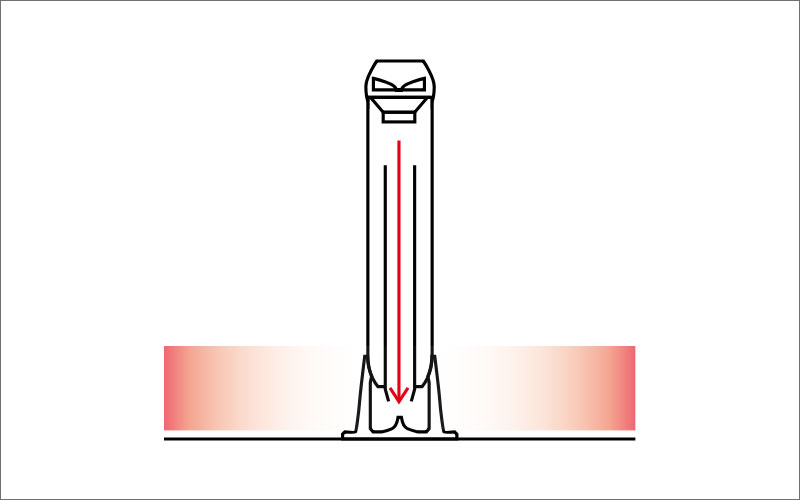 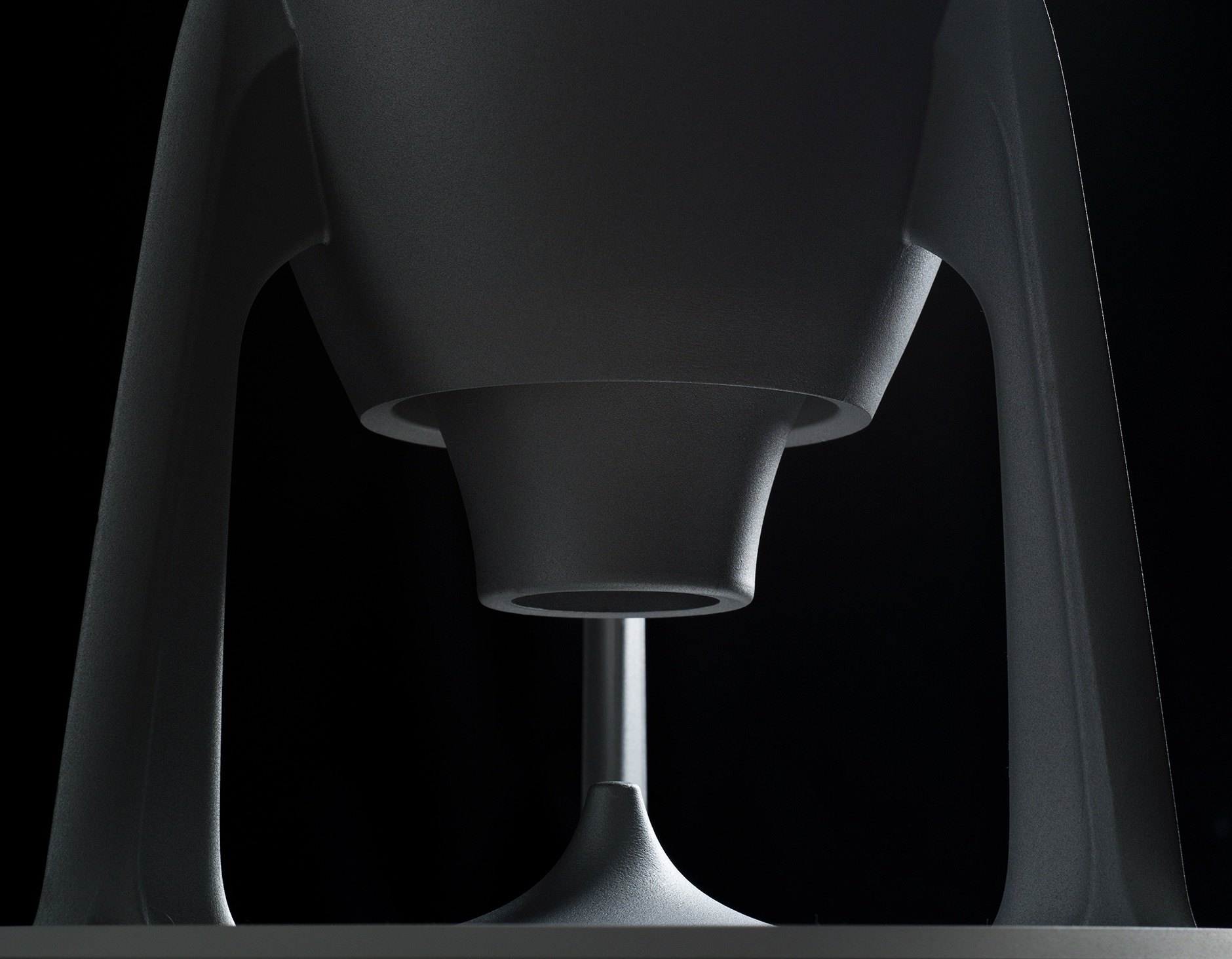 360 deg of plane characteristic wave TS1000 plays was chosen as a ripple mark and the loudspeaker body was expressed as graceful and carefree Shirasagi left for a surface of the water (Egretta) as a source of the movement (source). Sand blast processing is being given to an aluminum en bloc casting in the special film which did plaster, the loudspeaker mount part and a leg in the body cylinder part.
Organic modeling in an aluminum part was dynamic and expressed the visual spread of the wave motion appearance of a white heron and water moved and by which they’re sound delicately.
Shadow of the soft light the material reflects produces a sound scene with excellent TS1000 abundantly in a natural sound image expression. 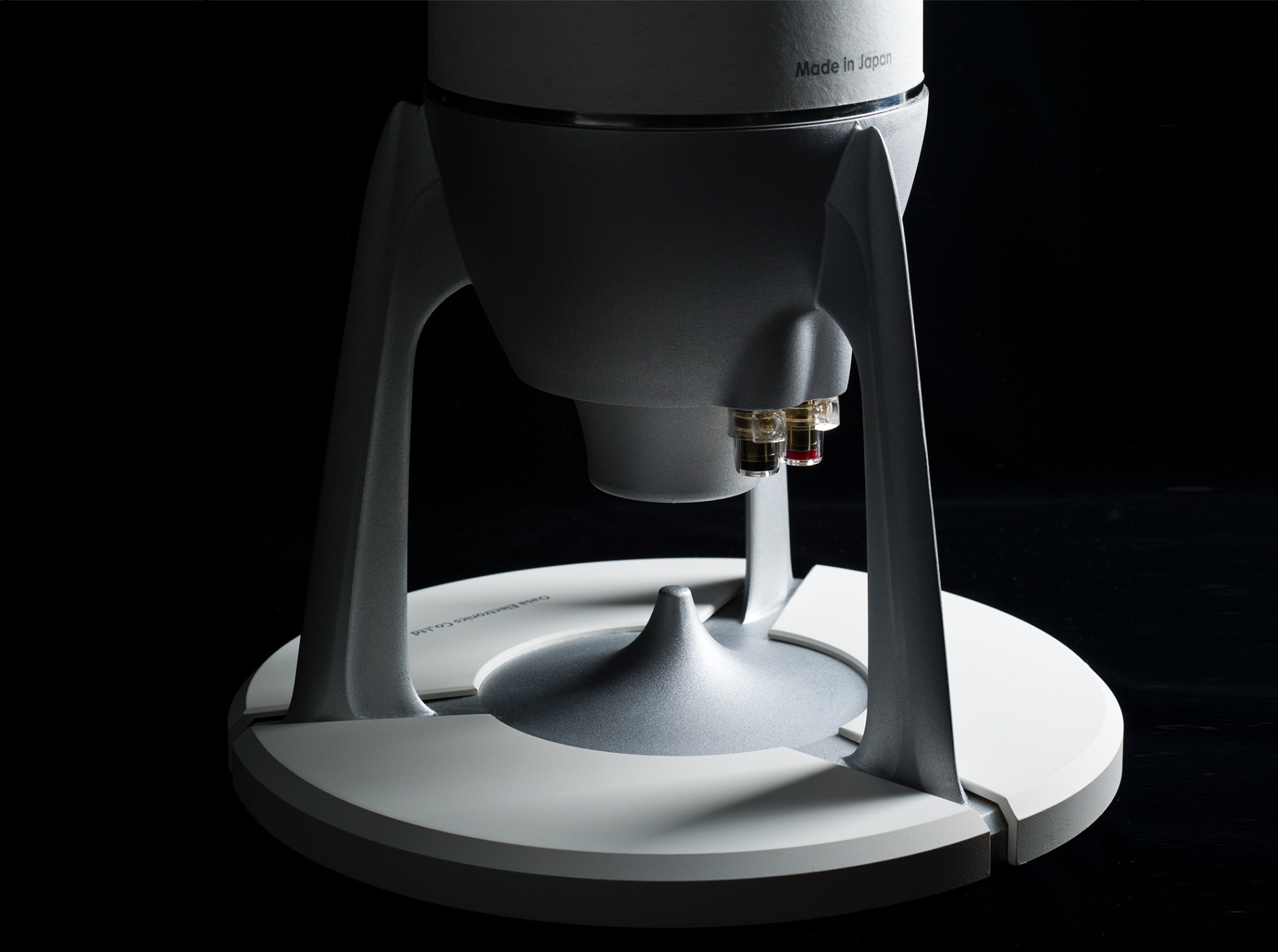 A color variation product will be a customization model.
It’ll be production after receipt of order, so please accept it.
A picture of indication will be an image figure. The color taste is different from an actual product.
When there is no stock of each color variation, I receive time until delivery.
The color variation material is sometimes changed without expectation.

Product specifications are subject to change without notice.